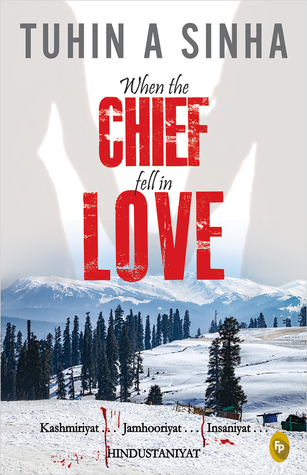 This story starts with a terrorist attack at an army camp in Kashmir during 2016 in which eighteen people are killed..Vihaan Shastri, Defence minister, takes steps to counter the terrorist attack..During this tense situation, he is surprised when fate brings back Zaira Bhat, his lover, back in his life again after many years..

Author explains about how Vihaan meets Zaira for the first time during 1990’s..It was love at first sight for Vihaan and he was strangely attracted towards her..Zaira was deeply hurt due to some incidents in her past and  not ready to reciprocate his feelings..Vihaan tries hard to win her heart and he succeeds finally..But, Zaira breaks up with him and their lives change a lot..After some years, Vihaan marries Ritu and he loves their daughter Tia deeply..He is a journalist and is interested in joining active politics..He realizes that Ritu is not trustworthy and their marriage is just a marriage of convenience..Zaira also has problems with her husband Aziz..Both Vihaan and Zaira meet again during 2003..But fate plays in their life again..

Vihaan meets Zaira again in 2016 during her book launch when he is Defence Minister of India…Zaira’s father Bilal Mohammad Bhat, a business man in Kashmir, becomes a supporter to Pakistan and this complicates Vihaan’s political career and his personal life a lot..What happens next makes this story interesting to read..

Author talks about the way Vihaan tries to change the situation in Kashmir..To be honest, I don’t know more about the unrest situation, politics and history of Kashmir..Though the solution to problems in Kashmir is fictional in this story, I  hope that it becomes true soon in future..I liked both Vihaan and Zaira’s characters in this story..Author had explained their feelings in detail..

Overall, I feel that this book is good, interesting, fast paced and engaging to read..This is a romantic story weaved along with politics..

© Sadhuvi and https://sadhuvi.wordpress.com -Unauthorized use and/or duplication of this material without express and written permission from this site’s author and/or owner is strictly prohibited. Excerpts and links may be used, provided that full and clear credit is given to Sadhuvi and https://sadhuvi.wordpress.com with appropriate and specific direction to the original content.

I am a Proud Member of :